I’ve slept with many, many women in my life.  Most of them many times over and what they say about other men in the bedroom never ceases to astound me. The fact that many (most?) women think of orgasms as an elusive bonus from sex, rather than just as inevitable as the male orgasm, continues to shock me.

It seems that most men just aren’t good in bed.  Most women I ask, will say that 2 out of 10 guys are good. That’s only 20%! And, what’s really interesting is that many of them say that the coolest most desirable guys are often the worst.

I’ve found that you can divide women into to two broad categories: women who like a good stuffing, and women who use sex to get what they really want. That means that many women use sex to get a boyfriend, land a husband, have children, get nice dates, or feel sexy and desirable. In fact, in a recent book called, Why Women Have Sex, researches identified 237 separate reasons why women have sex and almost none of them involve orgasms.

So, given that, why bother to be in the 20% of guys who are “good” in bed if girls are happy to chase, date, and marry the other 80%? I’ll give you four reasons why being good at sex is valuable to you and your dating life.  Now, these may not all resonate with you and if they don’t then you probably don’t need to bother working on your bedroom skills. But, pay attention –  it might dramatically improve your success with women:

1) You should learn how to lay it down in the sack if you want sex more often.

The media (and your mom) taught you that men want sex more than women do.  And to a certain extent that’s true. If you you had good sex with only 2 out of every 10 women you slept with, you’d be a lot less into it, too.

But for guys, much like bad pizza, bad sex is still good. For women, on the other hand, bad sex can be uncomfortable, painful, demeaning, and just as frustrating as “blue balls” is for guys.  Once you’re good in bed, and can reliably deliver a pleasurable experience women, your date will be consistently open to your sexual advances. 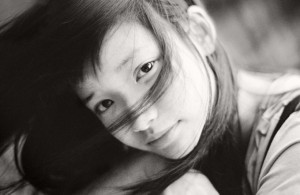 2) You should learn how to lay it down in the sack if you want women to come after you for sex.

Yup, that’s right!  Women will come after you for sex.  All you want is a nap and the next thing you know you’re girl is all over you.  When she knows that you’ll satisfy her and it’s no longer a crap shoot between satisfaction and frustration, she’ll let you know when she wants her buttons pushed.

In fact, sometimes, they’ll do all the foreplay for you to get you in the mood.

3) You should learn to lay it down in the sack if you want women to pro-actively participate in your bedroom antics.

4) You should learn how to lay it down in the sack if you want to live out your sexual fantasies.

Want to have all of your exploits on camera recorded for all time so you can review the “blow by blow” at your leisure?  Want to mix things up with costumes, role-plays, or sex on the beach? If you’ve been wanting to know what sex on a flying trapeze is like then get good in bed – she’ll be all for new adventures when you prove your ability to consistently give her a good time.

These are just some of the reasons you should up your bedroom game. Developing skills under the sheets will take you to the places you’ve always wanted to go… but  if none of this really appeals to you, then maybe just grab a beer instead.