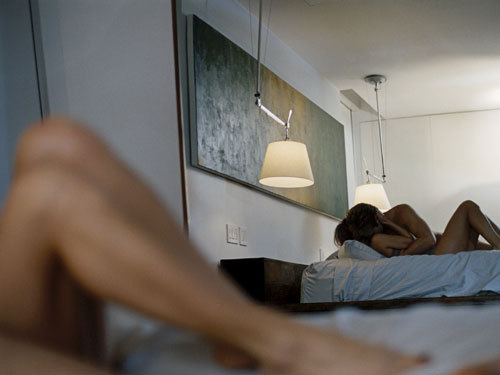 I was very lucky to grow up in a home where sex was a normal topic of conversation. I grew up hearing (mostly from my mother) that sex was natural and that it is one of the greatest joys in life, if done properly. She even told me stories about her friends who, to her shock and disbelief, had never had orgasms even though they were now in their 40s and 50s with grown kids.

As a result, from an early age, these expectations meant that sex was important enough not to leave to chance. From the time I was first interested in sex, I started studying it and experimenting with a wide range of tricks and techniques I could use to bring a girls’ sexual pleasure to the next level. As a result, I’ve found that there are a select 7 that consistently enhance a woman’s sexual pleasure.

These work especially well with Asian women, as they are culturally less inclined to explore their sexuality and will rarely if ever make requests or suggestions. So here we go – pay close attention:

1. Strategically place a mirror so she can see all of the action. Be sure to direct her attention to it.

Why it blows her mind: most women are detached from the precise physical acts that are leading to the sensations they experience during sex. As such, when they actually see it, there is an element of embarrassment at being confronted with the reality of the sexual acts they’re engaged in. That embarrassment is also mixed with a desire they have to perform, as they become both the voyeur and the subject of voyeurism.

2. Make her verbally articulate what she’s doing in bed and what she wants.

Why it blows her mind: similarly to the mirror situation, Asian women are generally detached from their desire for sexual pleasure. The goal here is to make her conscious of her sexual nature by forcing her to acknowledge what it is she’s doing and making her request what it is she wants, forcing her into the role of being an active participant.

3. Lick between and suck on her toes, stuff her foot in your mouth, and chew on her Achilles tendon.

Why it blows her mind: Feet are really sensitive and they are rarely touched by other people. The combination of warmth and wetness and the stroking action easily generate sexual thoughts.

4. Restrain or pin her by the wrists or ankles.

Why it blows her mind: restraining or pinning her limbs creates a feeling of helplessness that turns her on by generating the feeling of forced submission while also making her able to fully relinquish mental control and be more in the moment.

Why it blows her mind: it’s one of the most sensitive and private areas of the body and rarely touched so it’s extra responsive. With a finger inside her bum, you’re also stimulating all of her vagina in a way that can’t be achieved otherwise.

Women can be resistant as they may have had other men do a botched job back there or may just generally be uncomfortable. There are ways around this, however.

6. Grab as much of her hair as you can close to the roots and give it a firm yank, smack her ass firmly, and even smack her face.

Why it blows her mind: All of these actions show you in the dominant position. Women want to be with a dominant, strong male so this just heightens the excitement for them by making your role and status very clear. It may also be that the slight pain she experiences, and the shock it generates, enhances the feelings of pleasure.

7. Gently but firmly grab or pin her neck.

Why it blows her mind: the neck is a very vulnerable area of the body, so grabbing her neck both triggers the same submissive feelings as in technique number 5 but also a feeling of danger or fear.

If you get really into this and want to move beyond the purely psychological, then the actual physical reduction of oxygen to the brain creates a feeling of euphoria. This is a dangerous and advanced technique so tread, very, very, VERY carefully.

I’ve arranged the above techniques from easiest and simplest to most advanced and dangerous. Tread carefully and gently at first with any of these techniques then gradually up the intensity as you become more skilled and your partner becomes more comfortable. Sure, they may seem hardcore, but they also require little planning or equipment so any of these techniques can be done whenever the mood strikes. Play on.