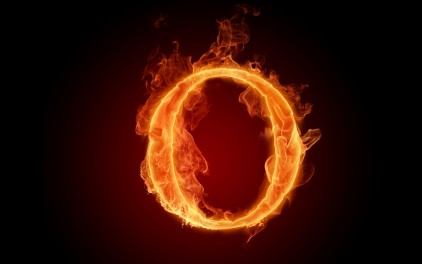 When I look at the sexual information floating around in the mass media, I shake my head at how ignorant and misguided most men and women are about what’s possible sexually.

It’s true that you can find good information out there, but it’s hard to sift through the massive piles of garbage to find the few crusts of bread that might get you somewhere. Most of the literature is riddled with advice designed to make men and women feel good rather than teach the step by step processes to having a more fulfilling sex life. Add to that the myths many people hold onto and you have a potentially dangerous mix of misinformation. It’s time to tackle this problem piece by piece.

The first myth I’ll address is that you shouldn’t be concerned if you’re woman isn’t having orgasms.  That’s a croc of bullshit. There is no reason that a woman that you’re having sex with shouldn’t have many orgasms every time you sleep with her unless you decide not to give her any.  Whether you do and how often you give her orgasms, though, is up to you and what you’re sexual goals are.

The second myth I want to bust wide open is that women can only have clitoral orgasms.  That is also a crock of bullshit, and it pisses me off that there is even a debate about this.  The scientists will tell you that there are no nerve endings except at the entrance to the vagina and maybe around the cervix, but these scientists are clearly either moronic women, who have never been properly sexually pleased, or clueless men, who have never EVER properly sexually pleased a woman.

Not only is it easy for women to have vaginal orgasms through penetration alone, they can have orgasms in any kind of way you train them to.  I’ve trained women to have orgasms just through ear stimulation, biting their backs, kissing, or licking their fingers.

There are other myths, as well, but these are the two most important myths regarding this very orgasmic topic.  Now that they’ve been addressed, it would be easy to throw those myths away and just move on. There are some slices of value to them, though, so let’s dive a bit deeper to determine exactly what can be salvaged.

Every Great Myth Has a Grain of Truth

First off, while it’s true that there is no reason why a woman you are sleeping with can’t have as many orgasms as you want to give her every time you have sex, it’s also important to realize that some women can have orgasms much more easily than others.  A woman who has never had one, for example, will sometimes try to prevent its onset since the new sensations can be quite uncomfortable and scary. Your job here is to discover what areas of her body are the most stimulating for her during foreplay, and the right amounts of pressure and speed to use to bring her to orgasm.

This is where we find the valuable grain of truth in myth #2 – the clitoris is almost always, but certainly not always, the easiest way to give girls orgasms.  It’s easy to find (most of the time) and designed purely to shoot pleasure through her body. There are so many different ways to stimulating the clitoris, but the important part is that you vary the method, as well as the pressure and speed, to find what seems to generate the most pleasure for her.

Don’t fall into a common trap, though. Many men make the mistake of assuming that because a previous girl liked being touched a certain way, the next girl will like it that way too.  NOT TRUE. Treat each woman’s body as a unique individual.  The parts are all the same, but they work slightly differently with each and every girl.  One clear example is how some women have extremely sensitive nipples that a even a light licking can bring to orgasm, another girl, won’t go wild until you bite so hard you’re almost tasting blood, and another girl won’t feel much of anything no matter what you do.

It’s often true that clitoral stimulation alone isn’t enough for her to have a big wet one. We can never know the pleasure threshold a woman needs to reach before orgasm happens, so start with the lowest intensity and gradually ratchet it up. I once was with a girl and the only way I could get her to have an orgasm was with very rapid tongue strokes to her clitoris, while pounding her with two fingers in her vagina and two fingers in her ass. Believe me, that wasn’t my first idea!

Another girl, I couldn’t work out what would get her off until I started biting her shoulder and breasts so hard that I was leaving bruises that lasted for days!  You never know…

Giving women orgasms consistently is both an art and a science. The science is knowing what to try and the art is guiding your technique by observing the reactions and responses your women gives you. With each girl, you’ll become better and become confident enough to know that any woman is making a great decision to spend a night or two – or 200 hundred – with you.  When that point comes, you will truly be an a Orgasm Master.