Being a dating coach is a lot of work. Over the last 10 years I’ve spent a lot of time romancing some of the best looking women in Asia. I’ve spent time in nearly every Asian country, and have developed a good understanding of how Asian women operate.

Obviously not all Asian women are the same – the more time you spend with Asian woman the more commonalities and variations you see. While a lot of the women I’ve dated fit into a general pattern characteristic of Asian women generally, I find that the hottest Asian women fall into three distinct groups.

The first type of super $$$ (money, for those of you who don’t know) chick is the super $$$ chick who doesn’t know that she’s a super $$$ chick.  Perhaps she was a late bloomer, or grew up in a strict household where she didn’t get a chance to interact with men enough to realize the amount of power she has. This kind is ideal for dating and relationships. Sometimes they can have, what E jokingly refers to as, “the beautiful combination of amazing looks and low self-esteem.”

The super $$$ chicks that enjoy using their looks to get things from guys – attention, expensive clothes, meals, trips, gifts, rides, the envy of her friends, etc – are the second type of super $$$ chicks.  These girls have learned how to skillfully manipulate men to get whatever they want. These are the type of girls who are always wrapping clueless guys around their finger, and that players have the most difficult time dealing with. While this girl is definitely more dangerous than type #1, as long as you can generate attraction without spending much money you can separate yourself from the sorry losers she normally dates (ie. uses)  and can have a pretty normal relationship with her. Of course, she will constantly try to push you into adopting the role of her personal bank account, so you will always have to stay on your toes. 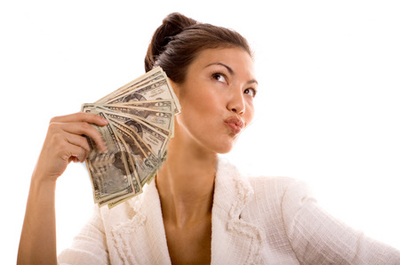 The third type of super $$$ chick is the B.E.D. chick – beautiful, and extremely dangerous.  They are the female equivalent of the natural—guys who are just naturally good with attracting and dating women. Usually, they have had men after them since they were in Jr. High School, and have seen men lie, cheat, steal, and spend themselves poor trying to get into their pants.

These women have had men profess love and propose to them, while barely even knowing them. As a result they have zero respect for men. They despise men because they have continuously seen men at their worst. In addition to their model looks they know how to manipulate men and have no regard for any damage they might cause–physically, emotionally, or financially. They are sociopaths who, because they have long been objectified by men, objectify men themselves. I advise you to steer well clear…

No matter which type of super $$$ chick you go for, you’ll do a lot better knowing which category she fits into. Ultimately the choice is yours, but just be sure to pick smartly and play the game to your best advantage.