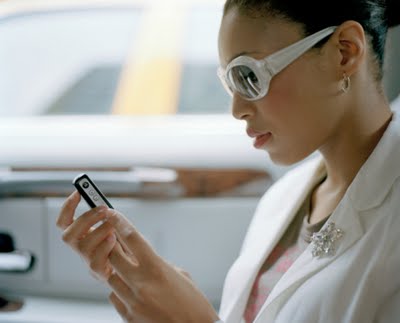 Christmas and New Years just passed, one of the best possible times to re-connect with family, old friends, and of course, cold, dead leads. We’re not talking about sales calls here, but rather girls you’ve met previously, and even old flames from months or years past.

What makes Christmas good is that it has the added benefit of being the time of year when Japanese and Korean girls crave a man, rather than be big, lonely losers. In Asia, Christmas is really the western equivalent of Valentine’s Day.

The Big Secret to Dating Women

This is just one reason why sending regular, or irregular, ping texts can yield great results, though. Holidays are also great times to ping because a lot of girls have free time, and want to get away from life commitments like work and school then kick back to enjoy life with friends and family.

A lot of guys might think it’s awkward to send texts to someone they haven’t spoken with for a long time. It doesn’t have to be, though. Usually, when a holiday rolls around, I’ll send a simple text like:

It’s not necessary to ask a question, though, and if it’s a girl who’s never been very responsive, it’s probably

better not to. Leaving it as just a statement shows that you don’t care about getting a reply. If she does reply, you can message her with a follow up question.

It’s often good to throw in a picture of yourself as well, especially if it captured you doing something fun or cool.  Halloween, is an especially good time to send a picture of yourself in costume, which makes the next obvious step having her send you a a photo of her wearing her costume. Photos spark interest, and can build dialogue. You open up the possibility of asking if there is a boyfriend in the picture and can tell her a few cool things you’ve done recently to perk her interest further.

The Next Big Step

The blank space is usually one of the major downtown areas that are famous and well known in any major Asian city, so it could be Shibuya, Shinjuku, or Roppongi in Tokyo; Gangnam, Itaewon, or Hongdae in Seoul; Sanlitun or Wudaoko in Beijing, Central, Causeway Bay or Monkok in Hong Kong; Zhongxiao Dunhua/Fuxing, or around Taipei 101 in Taipei; Umeda or Namba/Shinsaibashi in Osaka; the French Concession, People’s Square, or Heng Shen Lu in Shanghai; Clark Quay, or Orchard Road in Singapore. Ideally she’ll follow up with asking more details so you can then co-ordinate the meet.

Her: When are you going?
You: I haven’t decided yet, but maybe A or B…when are you free?

A or B can be this weekend, during the week after work, or in the afternoon. It could even be on particular days…

Now at this point, there are any number of possible responses from her, but what you’re looking for is for her to tell you when she’s could be available. If she does that, it’s up to you to be flexible enough to make the timing work.