I travel in Asia…A LOT.  In the past 12 months, I’ve been to Thailand, Japan, Korea, China, Taiwan, Cambodia, Indonesia, and Malaysia (most of them multiple times).

And while there are beautiful women everywhere I think Japan stands out as the best place for meeting women.

And it’s all demographics:

Based off these raw numbers, you’d think that China would be your best place to meet women.  However most foreign guys are really only interested in women of a certain socio-economic background–educated, middle class women and up.

(Not all guys though…In Thailand, I have a friend who was explaining to his girlfriend that when you’re looking at a world 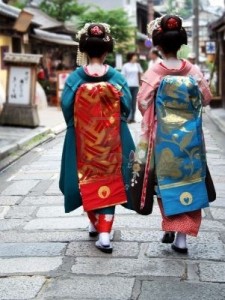 I read one statistic that says that of China’s 1,300 million, only 60 million are middle class!

Contrast that with Japan where the middle class makes up 125 million.  Plus with China’s one child policy and their preference for male children, the percentage of women in that 60 million is looking not so good.

Additionally, the large population means that there are more subcultures (the homogeneity of Singapore stands out here, *yawn*).

And while Indonesia has almost as many people as the US, the income per person there is lower than China…and it’s Muslim, which REALLY doesn’t help you with getting chicks into bed.

On the downside…Japanese girls have the worst English levels of any country in Asia so if you’re uncomfortable dealing with language barriers you’ll have to go elsewhere.