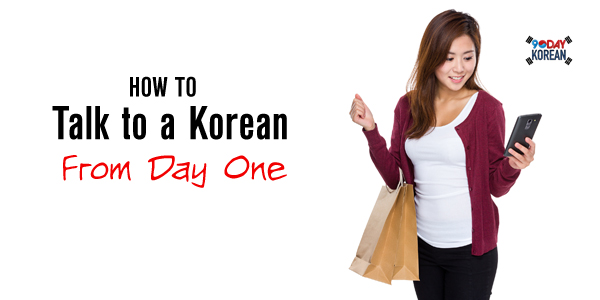 If you love Korean girls, one of the best things you can do is learn the language. In this article from the guys over at 90DayKorean.com, you’ll learn exactly how learning Korean will help you, what to do to get started, and even give you an easy way to start learning Korean with them. I’ve known these guys for years and they have a great program and this article has plenty of good stuff you can use right away!

By the guys over at 90DayKorean.com

1. Korean Culture and How It Affects Dating

Next time you’re having trouble understanding a Korean women you’re dating, consider the following: Family is everything in Korea.

Like in other Confucian cultures, family is number one on the list of values for most Koreans. Koreans cherish family relationships — they’re the basic component of social life. Plain and simple.

For generations, Koreans have followed two main principles in society: maintain the family and respect the elderly.

If you’ve ever had trouble understanding why family seems to be such a big driving force for Koreans, now you understand.

It means it’s really important to be able to communicate in Korean if you plan to date a Korean long term — even if you’re only able to speak at a conversational level. You’ll eventually need to meet the influencers in your romantic partner’s life, and that means having conversations with her family and loved ones.

Plus, if you’re going to be dating in Korea, you’re significantly decreasing your dating pool if you restrict yourself to speaking in English.

You don’t need to be fluent in the language. Instead, just showing some interest in your partner’s culture goes a long way. Even if you are dating a Korean who is fluent in English, knowing at least a little Korean is valuable.

It’s pretty intuitive: we can connect better with other people when we speak their language, and this leads to better relationships. To break it down a bit further, here are four ways that learning Korean can help improve Korean dating relationships:

Even if you’re speaking English together, being able to speak even some conversational Korean leads to better communication. There are some things that are hard to express in either language, and having the ability to switch out when necessary helps to improve the way you communicate and understand one another.

Plus, when you can also communicate in the language your woman speaks to her family, there are less barriers holding you back. Having the ability to speak some Korean breaks down the communication barriers with the other significant people in her life.

Not surprisingly, better communication leads to longer relationships. When you’re able to communicate effectively, you understand one another better and your connection grows stronger.

The end result is that the relationship improves and you stay together longer.

Takes the Stress Off Your Partner

When you’re relying on your partner to communicate 100% in their second language, you’re putting all the pressure on them to understand and accommodate you. When you’re able to communicate to them in Korean too, the burden is relieved and they are able to relax and feel more comfortable.

Easier to Open Up More Doors

When you learn Korean, you show your partner that you’re interested in Korean culture — and that’s a good thing! If you’re not currently in a relationship, you’ll have a lot more dating options if you can even understand some basic Korean. Plus, it makes it a lot easier for the other person to introduce you to their family and social circles.

If you can’t do that, you won’t ever be able to have a serious relationship with them.

In Korea it really is true: language is the main differentiator, not skin color, race or nationality. When you can speak Korean, you break down a lot of walls.

3. How to Learn Korean Fast Without It Taking Over Your Life

I know what you’re probably thinking — “That’s all great, but I don’t have the time to invest in learning Korean.”

Learning Korean is a lot easier than you think, and you don’t need to be fluent to start making major impacts on your dating life.

You can learn to read Korean in 90 minutes and start speaking conversationally in 90 days only investing a few hours a week. Many have done it.

Learning to read and pronounce Korean just requires putting your head down and investing an hour and a half of focused time. It’s just a matter memorizing 24 basic symbols and associating them with their sounds.

That should be your starting point. Knowing Hangeul (the Korean alphabet) is a game changer. Once you unlock that skill, you can read Korean menus, send text messages and communicate in Korean much more easily.

After that is the fun part, where you get to go out and practice your Korean skills as you learn new words and phrases, meeting all sorts of new people along the way that may just change your life forever.

The best way to make fast progress is to “80/20” your efforts. Study only the 20% of Korean that is used 80% of the time. Cut out all the unnecessary language points and explanations from the textbooks and software, and you significantly decrease your time investment but still reap the same benefits.

To do this, you can find a list of the most common Korean words. However, it’s important to differentiate between most commonly spoken words and most commonly written words.

If you’re studying from a Korean course or website that doesn’t distinguish between spoken and written words, you should be wary. Since our goal is speaking, we’ll want to focus our efforts on learning to speak the way Koreans speak (which is quite different to the way they write!)

90DayKorean.com has a free 3-part series called the Hangeul Hacks that we’re offering to the Asian Dating Monthly readers. In the first lesson, you’ll get a cheat sheet where you can start reading Korean in 90 minutes or less. Then you’ll start speaking Korean by learning only a few simple techniques.

The lessons start you from the beginning and walk you through step-by-step to the point where you’re able to have simple conversations. In the first 90 minutes, you will be able to read Korean with ease. Also with the free Hangeul Hacks series, you’ll learn to ask and answer questions about yourself when you first meet a new potential romantic partner:

…all in just 5 hours of study time!

The goal of the Hangeul Hacks is to help you start learning Korean fast and be having full conversations within 7 days, all with easy-to-learn associations so you don’t forget what you’ve learned.

Once you’re at that point, you’ll be able to do things like take taxis, talk with Korean friends, order at a cafe, and chat and text in Korean.

We know it’s hard to stay motivated learning any new language. Most people fail at language learning because they lose motivation. It’s easy to do with no clear goals. Instead of throwing a dart at a dart board and hoping for a good result, it’s way more effective for you to figure out what you want and map out a plan.

Once you have a plan in place, you need to choose the right material and have it presented in a fun and interesting way. If you retain the language more easily, then you can use it more, which creates a snowball effect of learning. That’s the problem that 90 Day Korean solves.

Give it a try if you’re interested in bettering your dating life in Korea. You’ll be glad you did.

Click here and in 90-minutes you’ll be able to read Korean.