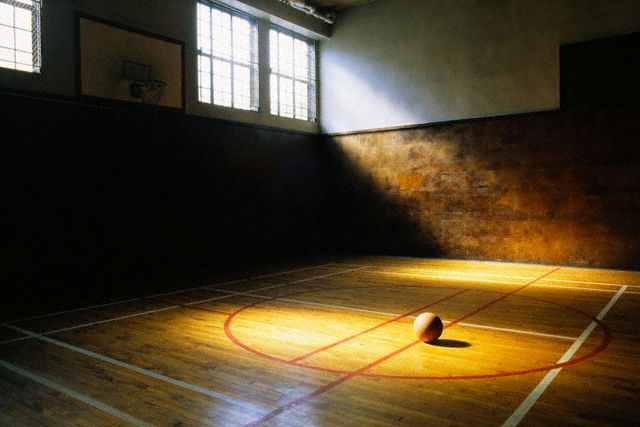 If you know anything about me then you’ll know that I wasn’t always a god with women. In fact, becoming skilled with girls has been a long work in progress.

I used to be painfully shy when it came to talking to girls. If I was at all interested in a girl, there was no way I could just march up and talk to her. I had no self-confidence. Ironically, though, I was also a really funny and engaging guy if I didn’t feel that I wanted to make anything happen with a particular girl.

I really didn’t start getting good with women until this year. Actually, exactly one year ago I was at an all-time low in terms of confidence and ability. I was the guy who is so scared that he’ll make a fool of himself when talking to a girl that he actually brings about his own worst fear. My mere presence was enough to get them to stand up and run.

The turning point came last summer when I forced myself into a habit of talking to 30 women every single day for an entire month. Yes, that sounds a little extreme and like a lot of work, but the best way to conquer your fear is to face it. If you face your fear then interesting things happen. You may discover that the outcomes you feared never really materialize. You may also discover that you are far more capable of dealing with a particular situation than you thought. For me, I feared failure, and looking like an idiot after getting rejected. Because of that, I knew that I had to push myself to get over it, so I forced myself to tackle that issue head-on.

At the end of that month my fear was nearly totally gone. As I talked to hundreds of women throughout the month, I found that reactions were never really bad. Those painful moments that I expected to happen each and every time I approached a woman rarely materialized – and they never really mattered. Nobody around me ever noticed. I was always still alive afterwards. My confidence surged.

I spent the rest of the fall using that powerful new confidence to talk to a few women every couple of days. With practice, it became easier to be social and fun with women I was interested in. But, while I was still making forward progress, my development was substantially slower than it was during the summer.

Disaster hit during winter holidays. As Christmas approached, I began to go on more dates with Korean girls, and was becoming far more competent with women. I was feeling good about where I was in my development, and decided to take a month and a half off while backpacking through India. When I came back, I was horrified. The progress that I had made during the late fall and early winter was nearly gone. I had taken a major leap backward and my results were miles away from where they had been before my vacation. I knew what I had to do. Slowly, I got myself back into a routine of approaching women and set a goal to approach women at least three times per week. Things slowly recovered.

As spring rolled around I decided to embark on another major personal development campaign. While I had gotten better at talking to women throughout the year, especially after meeting RedpoleQ, I felt that my competence should have progressed further than it had. I was getting dates periodically, and the occasional club makeout, but more often than not I would be stuck with a boat-load of numbers and nothing much to show for it. My plan was to spend each day during late spring, and the entire summer, talking to women. I would aim to talk to at least ten very attractive women per day to see if they were worth spending more time with.

My results were tremendous. After the first month I had become socially gifted. My calender was flooded with dates, and had to begin screening women heavily to find the ones I would most like to be with. By mid-summer, one of those women even included a 20 year old model. As summer got hotter, so did my skill-set until I eventually found a great girl I decided to get close to.

Looking back, my progress definitely took an uneven path. I obviously made the most progress last September and this past summer, while last winter saw the most slippage. These ups and downs in my development seem strange but there is one major thread pulling these periods together: during my major periods of improvement I was busy talking to a lot of women every single day, while when my social skills began to slip I wasn’t talking to any women. My experience makes it painfully clear that the best way to develop your skills with the opposite sex is to spend time each and every day talking to women.

Why does this work? First, repeated exposure allows you to become really comfortable interacting with attractive women. You can also notice bad habits and adjust them rapidly. If you notice a bad habit on Monday, for instance, then you can spend time trying to correct it on Tuesday and have it solved for Wednesday.

The same is not the case if you talk to women every second day. Gaps of time between practice can hurt your overall progress. If you’re approaching women every second day, for instance, and you notice a problem on Monday then you wont have the chance to solve it until Wednesday, and at best you can’t put it into practice until Friday. The time it takes to fix any issue becomes nearly twice as long! Often, though, you lose forward progress, and time off gives you time to become rusty and uncoordinated. The next time you try to meet women your skill level will have eroded from when you last left off and you’ll need to spend at least some of the next day re-acquainting yourself with old habits and skills you worked hard to develop.

When it comes down to it, most guys can improve their social skills with women. Unless you’re a natural heart-breaker the best way to do it is to spend time each and every day meeting women you’d like to get to know.