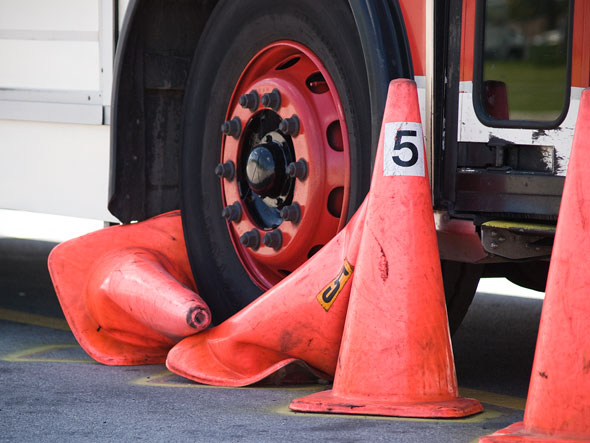 How you approach a girl has a big impact on whether you’re able to start a successful conversation with her or not.

A lot of guys don’t realize this. A lot of guys think that just walking up to a girl despite the environment is a good idea. They don’t stop to think about the best way they could approach her — and this is costly.

One of the things that makes Gangnam station in Seoul, South Korea, a difficult spot to meet women is that it’s just so busy. While there are some bright spots in the area, the sidewalk near the station is especially problematic. Tens of thousands of people file in and out of Gangnam on a daily basis. Most are headed to work or school, but almost all use transit to get there. That means making their way either down the bus stops strung along the packed sidewalks or walking towards the subway entrance at the end of the block.

The Gangnam station area caused me far too much frustration for far too long before I recognized just how bad some of the logistics were. When trying to spark conversations with girls on the sidewalk I would always be pushed or shoved in the swarm of people.

Soon I woke up to what was happening and started plotting my approaches better. For one, I started to look down the sidewalk ahead of the girl to anticipate any physical obstacles that could mess up our interaction. If you’re trying to start a conversation by approaching a girl who is making her way down the sidewalk, any random post, sign, or person can easily trip you up.

Distractions that Kill… Your Chances

Most of the problems come from just walking into whatever obstacle is in your path. By looking down the sidewalk 20-30 feet you can easily get a sense of what you’ll have to navigate. Start enough conversations with enough women and you start to get a sense of how having to navigate around something will trip up your interaction even before the girl has decided that she’s ok with talking to you. The mistake of not looking ahead and surveying the situation can easily lead to a collision and the girl scurrying off away from you — not exactly ideal for meeting your love.

Posts and people are obvious obstacles. You should always know where the posts are located if you’re planning on walking next to the a girl you’re interested in but navigating through people can be more tricky. For one, they move. You should not only look at where people are located in your vicinity but you should also note their trajectory and where they’re likely to be during your interaction.

Secondly, they can be distracting while you’re trying to engage your girl. Essentially, anything that will distract her is usually bad since you want time to work your charm in order to see her again. All of this is key when it comes to sidewalks or anywhere else people could be moving around.

Coffee Shops Are No Different

Guys should also take logistics into account when they’re in a coffee shop or somewhere where people are stationary. It’s easy to envision a coffee shop as a giant puzzle. Women are typically seated at a table that has at least two chairs. If she’s alone, then there’s usually a vacant chair across from her that you’ll want to plant yourself down in. Even better is if there is a seat beside her.

Often, though, someone will be in the second chair making your job a little more difficult. At other times the girl you’re interested in will be a part of a larger group. Since the goal is to be directly beside her, you may have to negotiate obstacles to make that happen.

It Really Is Easy

I used to be completely oblivious to obstacles I could easily use to my advantage. Often I wouldn’t see a spare chair around the girl I was interested in, or I would see some bags on the chair and assume that the girl was unreachable. I missed out on countless opportunities to talk to women before a friend suggested that I bring a chair from a nearby table when one wasn’t available, or just move her bags if she placed them on the seat. It was all pretty simple but something I assumed would be really socially awkward.

A group of 4 people is very common but it’s important to recognize these logistical features to make the most out of your approach. Just like in any area where people are doing a lot of walking, recognizing the obstacles is key for figuring out how to transverse them.

If your girl is pinned between two of her friends, take the next best possible seat. This can mean the one across from her but, since your end goal is to have your arm around her at some point in the interaction, a better seat might be one that allows you to trade places with one of the friends that she’s pinned between. Maybe one of them will get up to use the washroom, grab drinks, or maybe you can move one by showing her a “magic trick” —  take her by the hand and spin her then steal her seat as she twirls.

Obstacles can be huge problems if you don’t know how to handle them. Above all, first you have to recognize them.  Anything that can distract her or disrupt the interaction is a potential obstacle that needs to be navigated. A lot of the little issues that you have when first trying to spark a conversation with a girl can be circumvented with a little creative thinking.