About a month ago, one of my students posted a YouTube video to one of our private boot camp Alumni only group chats.  In it, Julien from RSD is talking about picking up girls in Tokyo, Japan.  I watched it, shrugged my shoulders and moved on quickly forgetting about it, knowing that with what he’s teaching my livelihood and the long term future of Asian Dating Monthly is definitely not threatened with this kind of amateur instruction which you can see below.

Then just yesterday, another one of the guys, posts the same exact video but subtitled by a Japanese girl to my Facebook page and then today I wake up to a LINE message from Taisho with a link to an article about the subtitled video and Julien’s upcoming return to Tokyo to teach guys how to get Japanese girls—one of many lambasting him.

Predictably with these kind of outrageous tactics, there is a lot of discussion about how this is sexual assault, accusing him of racism and, of course, sexism…now those accusations may all be true, but I don’t really care about that.  I’m more of a, “show me the money!” kind of guy, so all I care about is if any of this works.

But before we get to that…

The first thing to realize is that this is nothing new.  The old Japan hands like myself(I arrived in Japan in 2000), know this kind of behavior as “Gaijin Smash” which is defined in the Urban Dictionary as:

A technique used by foreigners, or gaijin, in Japan in order to impose their will on the japanese.

The willfull breaking of Japanese convention rules by one who is not Japanese (a forigner cf. a gaijin)

When a gai-jin, foreigner, breaks Japanese cultural conventions intentionally or mistakenly, and then ignores anyone who tries give a reproach for their behavior.

Pretending not to understand the Japanese language and intentionally speaking bad Japanese to get out of any situation.

A foreigner in Japan, flaunting Japanese social conventions and acting crazy and wild and thumbing his nose at the locals is old hat.  Japanese let it slide because most of it is out of pure ignorance and because they assume that us foreigners are too stupid to possibly understand the intricacies of the highly developed Japanese culture (also, we’re probably leaving their country soon anyway). 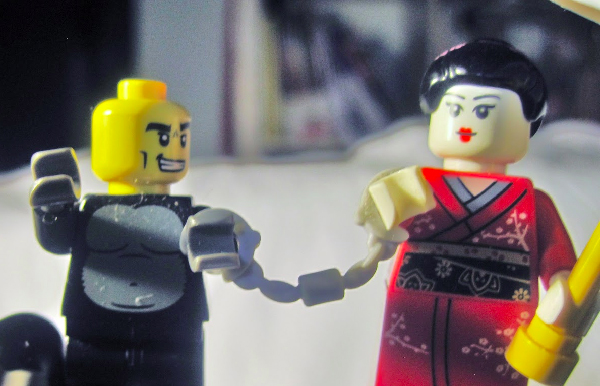 For Japanese, seeing foreigners doing “Gaijin Smash”, is either idiotic, annoying and perplexing, like being stuck in one of those automatic customer service hotline menu mazes, or endearing and cute like watching little kids, or meerkat cubs play on some nature show.

Back when I first moved to Japan, I was browsing in a book store with my first Japanese girlfriend.  At some point, she came over and told me that we needed to leave because the store was closing.  I looked around and didn’t notice anything odd and told her that they didn’t look like they were closing anytime soon to me but she continued to insist that we really should leave.  With more questioning about how she knew they were closing, she pointed at the ceiling and said, “They’re playing ‘the song’!”

“The Song” is of course, is Auld Lang Syne, which when I hear it now, after more than a decade living in Japan, results in a rather strong Pavlovian urge to stop whatever I’m doing and head for the exits immediately.  For the Japanese, who have grown up in Japan all their lives, the social conditioning is even stronger.  Individuality isn’t glorified like it is in western culture either, where it’s common and expected that you try to stand out and set yourself apart from others, so seeing people act differently is even more intriguing and unexpected. 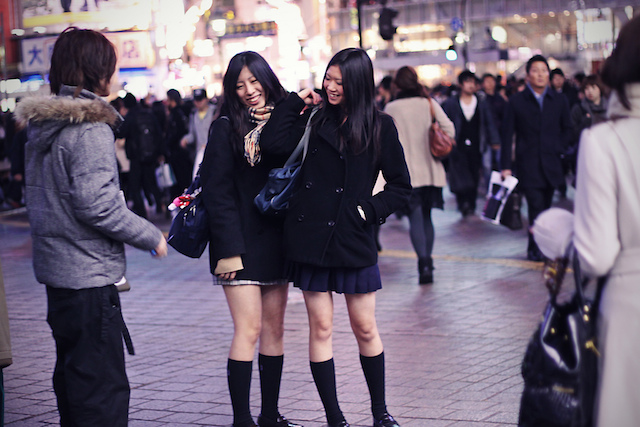 When I was learning game on my own in Japan in the early/mid 2000’s, I did a lot of pretty wild things too.  One early morning as the clubs were closing and everyone was streaming out of the night clubs and bars to the subway stations for home, I stood on Dotounbori in Osaka with a box of condoms and blatantly suggested to girls passing by that she, the box and I should go somewhere more private using  pointing alone to communicate; many times, I wore a fake Hawaiian lei in broad daylight walking down the street; I even used to ask girls if they’d ever touched a foreigner before and then stuck out my arm for them to have a feel.

At one point in my development, I had a rule to get a makeout with at least one girl every time I went out (and I did and it felt awesome!)  But a curious thing happened:

I didn’t have sex with ANY of those girls!!  In fact, most of them wouldn’t even go on dates with me later.

Does RSD Game Work in Japan, Korea, and China?

To get girls into bed, you have to meet girls–the more the better.

To get girls into bed, you have to be interesting/memorable/impactful/engaging.

To get girls into bed, you have to be physical.

To get girls into bed, you have to be sexual.

Those are all necessary conditions to move an interaction with a woman towards sex and RSD Julien uses them all.  So, just by dint of sheer numbers, this will work.  But there are FAR more effective ways than this, especially if you’re looking for a quality woman.

So, yes, I’m sure he had sex with a few girls while he was in Tokyo, but so what?  In Asia, sex is literally a commodity.  Guys buy it daily without any shame.  Thousands of girls have it routinely with guys for love, attention, gifts, profit, or just for fun and excitement.  I have friends who regularly participate in gang bangs, orgies, threesomes with the husband there to watch and/or to participate, live audience participation sex shows and more.  Getting laid is no big deal, especially if you don’t really care who it’s with, or what happens after the bumping and grinding is over.

Aristotle said it about anger, but I’ll say it about sex:

How to Be Successful with Japanese Girls—Without Being a Creep

On the whole, Japanese are quite fun loving people.  Like everyone, they have their stress, but they are champs at having a good time.  Witness Halloween when the streets go mad with revelers dressed up clogging the streets of Roppongi and Shibuya—when Christmas rolls around, the clubs will be filled with girls in knee high boots, wearing little Santa outfits.  The Japanese will use almost any excuse to cut loose from their normal everyday lives and you see this in the proliferation of many different sub-cultures and in all the seasonal activities and celebrations they have.

Japanese, in general, don’t expect and don’t (usually) get much fulfillment out of their jobs, so when work is over, if you’re providing fun times, then they will be more than happy to fit you into their busy schedules.  A lot of Japanese humor is more on the slapstick side, so while in the west, many dating coaches teach you to avoid being fun and entertaining and instead should focus on “self-amusement”, Japanese girls will simply enjoy the fun and games and love you for it.

One thing that can set you apart from other guys and make you much more interesting to interact with even if there is a language barrier, or it’s too loud to hear, is to really exaggerate your facial expressions.  Men in general tend not to be very expressive and it’s one of the reasons that people love looking at kids so much.

Ask her if she’s ever been to your city and if she says no, stick out your bottom lip, turn down the corners of your mouth, look down and make like you’re wiping away tears!  Put your whole body into it to exaggerate your sadness and make it even funnier.  Then when she assures you that she doesn’t hate your city, give her a HUGE smile and a high five.  F-U-N!

Now that she’s having a good time with you, it’s time to up the ante by finding out some cool bits about her.

“Have you ever been snow boarding before?  Sweet!  Do you have a passport?  Why?  Because we’re going to the Swiss Alps, for hot chocolate, in hot tubs, oh YEAH!  No?  You can’t because you have work…QUIT!  I’m sure your boss loves you and will be happy to take you back after our honeymoon trip.  Yes, we’re getting married too.  Don’t tell your mom, let’s surprise her!  Where did you go snow boarding the first time you tried?”

Ask some good follow up questions about her snow boarding experience, or jump to another topic like her favorite trip or her dream trip.  Find out about those things that genuinely interest you.  Like I never talk to girls about music because it’s not a big part of my life…but if you love music and you love live performances, then DEFINITELY talk about music.  Dig it?

You see, one cool thing about Japanese girls and Asian girls in general is that if they like you, sex is on the table.  In Asian cultures, making friends with random people is not normal and therefore if she’s hanging out with you—a totally random guy—then she must have A LOT of interest.  Any quality Japanese, Korean, or Chinese girl has more than enough social obligations as it is with work and high school friends, and University friends, and their friends from their part time job and their friends from volleyball club and, and, and, and!

Lastly, Japanese girls are concerned with what people around them think so keep the touching low key.

Check out Japanese couples…you don’t see them ramming their tongues down each others throats or walking down the street with a hand full of ass.  Instead, they quietly and calmly walk up Dogenzaka to the love hotels and wait until they’re behind closed doors—then they’ll be more than happy to put their face in your crotch!  If you want to stand out and be a REAL gentleman, remember that ladies come first.