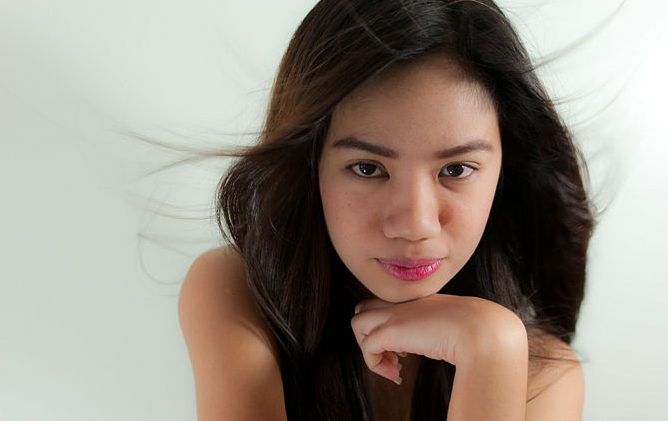 Let me paint a picture for you. You’re walking through a subway station and notice a girl sitting at a bench on the far side of the hall. She’s cute — just your type — but there’s nowhere to sit down next to her. There’s earphones stuffed into her ears and she’s doing something on her smartphone. Despite her beautiful face, her lips are forming a scowl — she doesn’t seem like she’s in a good mood. She looks up and sees that you’re standing there staring at her then quickly looks back down at her phone. Half a minute seems to pass. She can obviously tell what you’re considering… so,do you approach her or not?

A Situation Stacked Against You

A lot of guys just starting to get better with woman would look at this situation and automatically pass. The girl doesn’t look like she wants to be talked to and, even if she did, you would have to walk straight up to her to talk to her. She would have the chance to watch you purposefully stroll right up to her in order to start a conversation — something a lot of guys consider taboo when trying to meet women. While she’s not talking on her phone, she does seem engaged in some sort of conversation — maybe via text — and her earphones are acting like a barrier to a potential interaction. Everything about this situation seems to say that you shouldn’t approach her.

I always hear guys say that they didn’t approach a girl because the situation wasn’t ideal so the chances of success were much lower. Guys seem to have it in their head that they have to have a great setup to be able to have a great interaction with a girl. While in my previous article I wrote that guys should be setting things up in their favour when it comes to meeting women, does this mean that guys shouldn’t bother trying to talk to a girl if things are stacked against them?

Approach Despite the Odds

The answer is no. Guys should not feel prevented from approaching a woman because the odds are stacked against them. 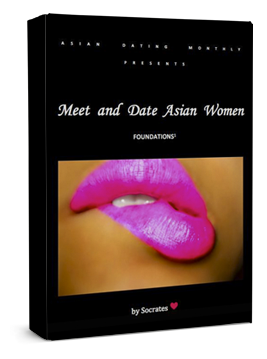 Think about it this way: you may have a slim chance of having a good interaction if things are set up against you but if you don’t approach at all then you have traded a slim chance for no chance at all. Even though there may only be a small likelihood that you can get anywhere with the girl, that chance is still there. Suppose that you only have a 10% shot of setting up plans to meet in the future. On average you should be able to set up plans to meet if you approach women in 10 similar situations. On the other hand, if you pass and decide not to spark a conversation with the girl then you’ll never be able to set up plans.

To me, passing on a girl you’re genuinely interested in because the situation is less than ideal is tragic. Who knows where the interaction may lead? Comparatively, there’s very little downside for approaching in these situations. Men from her tribe are not going to drop a bolder on your skull while you’re trying to start a conversation, she’s not going to stab you, you won’t look strange/pathetic/idiotic to the people whose opinion you value, and you definitely won’t look badly in front of anybody skilled with women.

Keep the Odds in Mind But Don’t Pass Up Chances

Here’s the thing: you should always try to play the odds. In the above example, you should make the risk-free 10% bet because the alternative is taking a sure loss. On the other hand, if you have a choice between starting a conversation with two women you’re genuinely interested in and one seems happy an inviting, or possibly interested in talking to, then definitely try talking to her rather than the scowling girl. Your odds of having a good conversation with her is probably higher — but you can’t even be certain about that.

If you’ve read my book, Meet and Date Asian Women: Foundations, then you’re already aware just how different Asian cultures are from western cultures. Part of this difference also exists in how women respond to guys who approach them. In Asia, for whatever reason, women can often respond warmly and openly to guys even though the girls want nothing to do with you. This may come from the cultural importance of saving face or the desire for social harmony but it’s not until later, when a guy tries to make plans with the girl, that things hit a roadblock. This is when girls will do anything to avoid making plans with the guy who’s come to talk to them. In essence, what you thought was a sure bet sure wasn’t and you quickly realize that as things unravel in front of you. This is what we like to call false indicators of interest and they happen often enough in Asia to make your head spin.

By contrast, girls who actually like you and will meet you may show active disinterest in the interaction or your approach. This may come from the whole “chase me” mindset prevalent in Asia. In Asia, women are supposed to act hard to get and expect guys to chase them. This helps to screen out the guys who aren’t genuinely interested (one more reason for approaching who you are actually genuinely interested in — you may have to work hard to get her).

Knowing this cultural tidbit is important to help you survive approaches in Asia. What you thought was a sure bet might actually turn out to be an illusion while the girl who looked ready to taser you if you approached may be hoping –praying!– that you’ll talk to her and jump the hoops needed so she can keep from feeling like a slut and chance a relationship with you.

…the game is compliance. Since you can’t really tell which girls are giving general signals of interest and which ones are giving false signals of disinterest guys should really just approach who they want to approach, when they want to approach them… then working hard to try to make things happen. This is very different from how things work in the West and it took me a long time to get over that limiting belief. Don’t let the same thing happen to you.