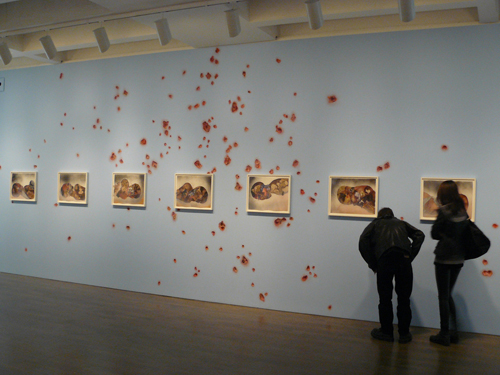 
This is the second excerpt from the soon to be released book, The Perfect First Date, that I originally wrote back in 2008.  If you haven’t read the first excerpt, I strongly recommend that you take a look at that article before moving on to this one. The entire project originally came out of an interview I did, though I have taken the time to edit and expand on certain parts beyond what was in the original discussion.

You are probably wondering, if you’ve never heard of the term, what a Day 2 is. Day 2 is the second time that you meet a girl. The Day 1 would be the initial meet where you first walk up to her and talk to her at a coffee shop, bar, club, mall, restaurant or party, and the Day 2 is when you set up another time to meet her.

Ideally in that initial meet you set up the next time you’ll meet her. If not, you’ll likely find yourself having to play telephone tag as you try to set up the meet by telephone or one of the many messaging apps. But we’re going to talk about how to avoid that, so that you often have the Day 2, the second meet, already setup before you end that first interaction with her.

haven’t internationalized, there is a concept of dating that’s really about the guy putting on a dog and pony show for the girl.

He’s basically trying to impress her enough for the girl to be like, “Oh! Okay I guess I’ll sleep with this guy”. There is a lot of discussion about the courting process in the evolutionary psychology books out there like, The Red Queen, and The Selfish Gene that go into detail about how those dynamics play out, so we won’t go into too much detail about them here.

Keep This in Mind at All Times

The most important thing to realize is that there are two categories that women are looking for when they are selecting men: genetic benefits and resource benefits.

One reason is that women often have rules of thumb—like, “I sleep with guys on the third date”, or something like that so by spending time with her in ways that are not so date-y and that don’t really fit into the normal dating category, you short circuit some of the rules that they may have. You’ll be coming at it from a slightly different angle than what most guys are doing. That right there is going to set you apart which is one of the key things in being successful with women.

We want to get you away from the pop-culture idea of dates, so you’re not thinking, “Okay, this is a date.  That means dinner

and a movie.” We don’t want you to have that kind of thinking at all. So, what we’re going to be doing over the course of this book is talk about how to set up Day 2s, how to plan them, what kinds of things you need to be doing during the Day 2 for it to progress as far as possible—and when I say as far as possible I mean as close to the beginning of a sexual relationship as possible—and ideally we want the Day 2 to end with sex. It may not be possible for various reasons, like logistics for example, but we want to try and handle things as much as possible so that it can easily and smoothly lead to there.

Don’t forget to check out RedpoleQ’s new book, The Perfect First Date, so you can spark sexual relationships with the women you want!