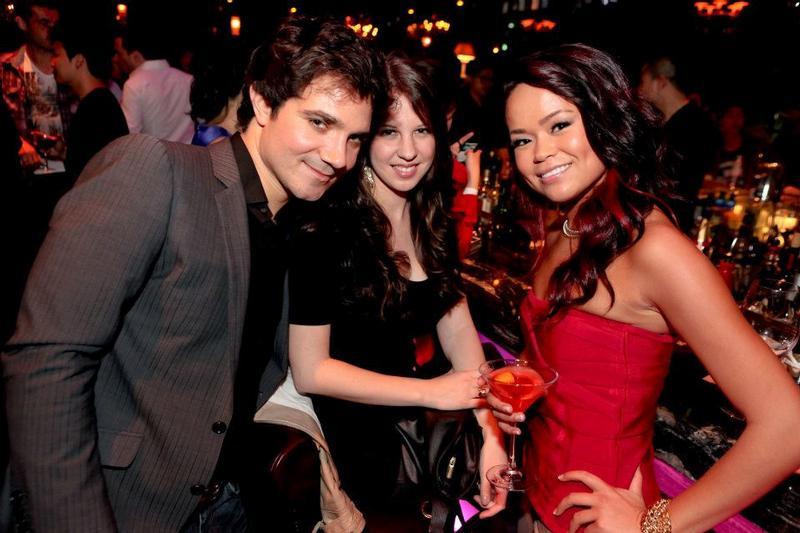 
Whenever a new club or bar teeming with women opens up, I feel it’s my duty to check it out.  So, when I heard about Glam last fall, I convinced Tim and Jay to pile into a taxi and trek all the way over to Itaewon–that’s a no easy feat with guys who LIVE in Gangnam, but I managed.

A New Venue in a New Neighborhood in Seoul

I heard from one of my favorite Seoul socialites that it was the new hot venue and, since she and her jet-set crew frequented it, I was sure that it would be worth going to.  Once we were able to catch a taxi out of Gangnam, which is always a challenge around midnight on a weekend, we made our way through the traffic to the iconic Hamilton Hotel in the center of Itaewon.

Glam is located on the up and coming back street that is now lined with trendy restaurants, cafe’s, and pubs in a new building called District (one of my friends likes to call this strip little Apkujeong because of it’s similarity to that long-time, high-end part of Seoul on the other side of the river).  District also has a bar on the first floor called, Prost, and dance club called, ironically, Mute.  Glam is free to get into, but they have a pretty strict dress code that seems to be particularly focused on shoes as we discovered on our first trip there.

Both Tim and Jay are no slouches in the fashion department but when we rocked up to the first floor concierge to show ID, they were turned away for their very fashionable Tom’s brand footwear.  These are very much the in-style as of last summer, so I was really surprised and typically, Tim was outraged.  Nothing ticks him off like not getting his fair due.

But, since we trudged all the way there, I figured I’d at least peak inside and when I did, I was pretty impressed.  The interior is really nice and upscale–a notch above the old B1–without seeming snobby and maintaining a still relaxed feel.  The guys were well dressed professional types in nicely cut suits and polished leather shoes and a mixture of western multinational executive types in their late 30s, early 40s, and slightly younger Korean professionals mainly in their late 20s and early/mid 30s.

The women were all very well dressed in elegant  party dresses with a few in more casual, but still expensive, outfits.  Many of them seemed to also be professionals and were in their mid 20s to mid 30s.  Glam is dominated by a central, horseshoe shaped bar with tables and lounge areas all around, and a few standing tables here and there.  Glam has a great layout for meeting women because it’s easy to circulate with wide pathways to facilitate movement through the venue.

I decided that it looked promising and that I should definitely come back to spend more time there. That ‘more time’ just happened to be on the following Saturday. Since a few of my friends were going to be there, I decided that it was time to de-flower Glam.

I rolled in with Jay and Al who had to check his coat (for 3000 won) since it had a hood on the back.This second visit confirmed my first impression of the place – definitely a cool venue to hang out and have a drink with friends.  There was a good enough flow of hotties coming in to keep you and buddies busy for a few hours, as well, especially if you like high-end women in the late 20s, or early 30s age bracket. Not surprisingly, the English level was also quite good – not a significant barrier to chatting up some of the local ladies.

While I definitely recommend you try this place out it’s not the place for you if you prefer the high energy club vibe with people swirling all around you, but it’s better than most lounges where people are unapproachable, sitting around at tables on couches.  I was there on a Saturday but I hear that weekday evenings are quite lively as well.

Free entry every night makes it a spot you should definitely drop in on at if you’re in Itaewon.  Most drinks are from 10-15,000won and the bartenders know what they’re doing so you won’t be disappointed if you order your favorite cocktail.