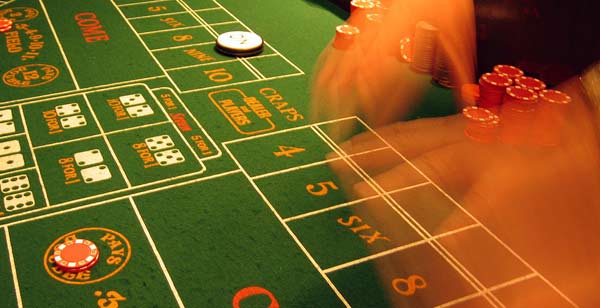 If you’re interested in meeting Asian women then it’s critically important to visit the right places.

I used to ride the train. Actually, I still do but when I did it before it was to meet Korean women. The train is easy — it’s always packed with Asian women and some of those women are both young and beautiful. Those were the girls that I was after.

I would hop on the subway, pull open the car door, and start walking up the train from car to car scanning for a girl I was interested in. The subway was great because it gave me the opportunity to wade through a sea of people to find the handful I wanted to talk to. It was often really hard to have the same sort of opportunities back where my apartment was located.

Usually, when I spotted one, she was reluctant to talk. It’s not that she didn’t like me — it’s that she didn’t want to be approached by a random guy who was interested in her. The subway can be a really awkward place to meet women. In South Korea there is an ocean of social pressure forcing women to conform to a rigid set of narrow social standards. Those standards always exclude any sort of romantic or potential romantic contact with non-Korean men. By sparking conversations on the train with the intent to chat them up I was putting women in a very uncomfortable spot.

Of course I didn’t realize this at the time but I was usually always frustrated and angry when older Korean men would walk up to us and angrily stare at the girl I was talking to. In the West the girl would be just as likely to tell the old man to fuck off but, because of Korean society’s near worship of the elderly and hierarchical order, she just couldn’t do that. Instead, she averted her eyes and shrunk down awkwardly into her seat. The conversation would totally dry up. It never mattered how interested she was.

The Mean Streets of Gangnam

Things can be difficult in other areas, as well. Take the bustling streets of Gangnam, for instance. Gangnam has some of the best looking women in all of Asia but also some of the busiest sidewalks. If you’re aiming to meet women on the street then you have a whole number of obstacles in your way. For one, there’s the sheer number of people — it’s as if you’re playing a giant game of Frogger, sidestepping oncoming groups of people just to stay planted next to the girl you’ve chosen to talk to. It’s easy to get bumped, shoved, or collide with other people when you’re starting to spark a conversation.

Then there’s that whole social pressure thing, again. People don’t like to stay planted in one spot when everyone around them is moving. If your girl is standing on a busy sidewalk talking to you with people brushing past her then she will feel a lot of pressure to get up and start walking again. This is obviously less than ideal and is just one factor for why a location can be an extremely poor place to try to meet women.

Gangnam has another thing going against it as a place to meet women — it’s full of top quality men. If you want to have the best shot at getting a great girlfriend then you would be doing yourself a real disfavor by trying to meet them in a venue that has stiff competition. Not only do you have to compete with yourself (your own fears and anxieties about walking up to talk to a girl you don’t know) or the girl’s own internal state, you also have to compete with guys who may be a lot better than you in many different ways: wealth, power, attractiveness, etc. Even if the other guys aren’t approaching women in that location, just the fact that there are better options around is strong incentive for a woman to hold out for better.

The Best Course of Action

If you’re starting out and want the best chance of meeting women then you have to avoid certain venues in favor of the places that combine specific features that are conducive to meeting Asian women — a laid back or party vibe with an open-minded crowd unrestricted by social pressure. I’ve often found coffee shops in the middle of the day great since it’s possible to meet women who are bored and alone. Expat bars are also fantastic since Asian women who visit them often have the (perhaps subconscious) intention of meeting foreign guys.

Whatever you decide to do, make sure that you’re stacking things in your favor and not against yourself. Play the odds if you’re going to play to win and give yourself a chance to build some early wins as you move up and improve your skills.