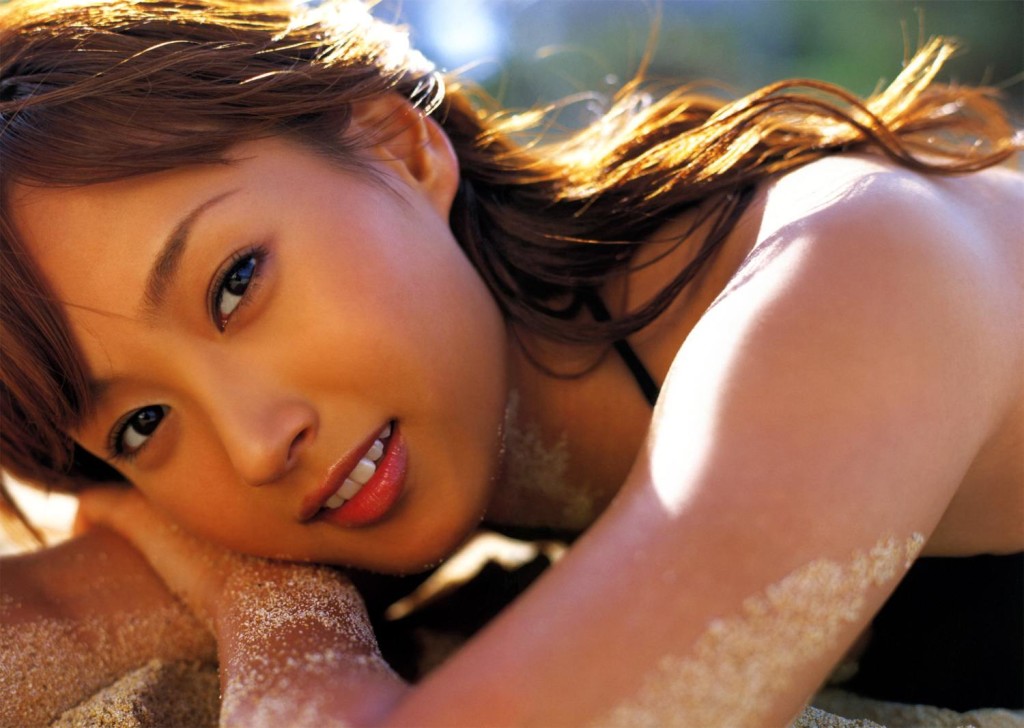 When I first came to Asia I heard that Asian women totally loved white guys, and that getting a hot Asian girl was inevitable. That seems to be the perception of a lot of westerners, and I was no different. Coming to South Korea and seeing Starbucks, KFC, Quizno’s, McDonald’s, and Gucci, not to mention the world-class transit system, night clubs, and massive buildings towering over Seoul, I just assumed that things were pretty much the same here as they were back home. I thought it was obvious that if things were this much alike then dating would be pretty much the same as well. Since, I assumed, Asian women were so into foreigners, being successful with Korean women would be a cinch.

I still remember my first day trip with coworkers from my very first English language school. One Wednesday afternoon in late fall we headed to a large mountain that was supposed to have a spectacular view of our city, Suwon. At 12:30 in the afternoon, nearly 30 teachers packed into a large, red, chartered bus and sat patiently on plush velvet seats as the bus made its way through traffic to the gravel road that lead to the foot of the mountain.

I hopped out of the bus with a small middle-aged woman I worked closely with on a daily basis and stood there with her waiting for the rest of the teachers to file out of the bus. It seemed to take forever for the next few teachers to exit. My coworker just stood there patiently with an eager smile on her face. A few more minutes passed and a few more teachers made their way out of the bus’s front door and onto the gravel to join the rest of us. Seeing the bags slung around their shoulders, it dawned on me that everyone must be sorting through luggage and changing their shoes in anticipation of the hike.

It was taking far longer to change shoes than I would have expected, though, and I was getting impatient. I just wanted to hit the trail and make it up to the peak to take in the 360 degree panorama of Suwon.

“Let’s both run up the mountain, and be first to the top,” I suggested to my coworker with a bit of tongue and cheek humor.

Her brow furrowed, and she looked over at me puzzled. A second later her face straightened out and I could see a flash of understanding and compassion.

“No, we should climb the mountain with everyone else. In Korea, we do things together.”

It took a while for me to understand what this meant. I mean, I heard and understood the words, but I never would have guessed just how deep this mindset ran, or how it would affect my dating life in Asia. To me on that day, she was just a teacher expressing her opinion about how to act on a school trip.

It’s unfortunate just how long it took this concept to sink in. Shortly after our trip I went on one of my first dates in Korea. The weekend before, I met her at that little basement expat bar that would soon begin to occupy a lot

of my time. She was a cute little firecracker but didn’t speak much English at all. I guess I had just the right amount of charm that night because, for whatever reason, she agreed to meet me for a drink at a local hof, a Korean styled drinking bar, at the end of the week.

That Wednesday I got a text message from her asking if it would be okay if her friend came with us. In the West, we usually find it pretty uncomfortable if a third person joins us on a date. We prefer to spend time alone so we can get to know each other, to get that authentic interaction that can only come when people meet one-on-one. To me, asking if she could bring a friend was strange, but I said okay anyways.

On Friday night at 8pm, the two of them stood waiting for me at the subway station entrance near the hof. She was even better looking than I had remembered: short with tight black pants, dark hair bouncing around her shoulders, and a jacket that pulled tightly around her body. Her friend, by contrast, was a giant. She towered over my date, as if she were parental figure guarding a small child.

We made our way up a dirty walking street, passed cotton candy vendors and chicken restaurants, to a large hof that was nearly deserted. Once inside, a middle aged Korean man took us to a table and sat us down with the two girls across from me. For the next 45 minutes, the girls began hammering me with questions about family and blood type – all sorts of odd details I would never have encountered back home. In the end, I left the hof dazed and confused over how bizarrely the two had scrutinized me.

This was nothing compared to how I felt after meeting the girl from my gym, however. I had been going to the gym across from my apartment for about 4 months where a lovely Korean woman only a couple of years older than me had scanned my gym card and given me a locker key nearly every single day. Eventually, though, I got too lazy to bother crossing the street so I quit going.

Seven months later, I was near Suwon Station in line waiting for a bus that would take me to Seoul when I heard a gasp behind me, and then someone call my name. I looked over, surprised, and saw a tall thin Korean woman with a big smile on her face. I had no idea who it was, but she obviously knew me. She followed me onto the bus and we made light conversation for 10 to 20 minutes before I finally clued in that I should make plans with her to go for drinks.

A week later we’re walking out of a local hookah bar late at night, after a fairly boring date and a failed kiss attempt by yours truly. She seemed really interested in me, despite her absolute refusal to kiss me, take the lead conversationally (never mind putting any effort into it), or give me any input into what she wanted to do that night. She had made sure she got on the bus with me days before and showed up that night with a hop in her step and a bright smile. She had even insisted on paying for everything but then, awkwardly, had refused to sit next to me at the hookah place.

Stepping out of the bar, I said goodbye and took a few steps in the direction of my apartment building. She followed. I was confused. “Oh, are you going this way, too?” She took a few more steps with me and then slid her arm under mine. I walked her back to my apartment in silence.

She came right into my place and sat on my bed. I took my shoes off and sat down close beside her. She was sitting upright. A patterned flower dress clung loosely to her shoulders. She seemed flushed with anticipation. I ran my finger from the small of her back to the tip of her shoulder then went in to give her two soft pecks on the cheek.

A second later she brought her hands up chest-high, and shoved me hard across the bed. “It’s not going to happen!!”

I was in shock. The girl had followed me all the way back to my apartment after an evening of drinking and placed herself on my bed with a look of anticipation. Now she was obviously telling me to fuck off. I really had no idea what was going on, so I did the only thing I could think of. I kissed her on the cheek again. This time she was a lot more receptive.

We woke up the next morning and made plans to spend next Friday night together at a local bar. Stepping out of my apartment door, she looked terrified that someone would see her. As the elevator doors opened on the bottom floor, she peered out, checking to see if the coast was clear. When she was satisfied, she made a sharp right hand turn out of my building, and I headed up the street towards work. I never heard from her again. She never responded to any of my texts, and never answered any of my phone calls.