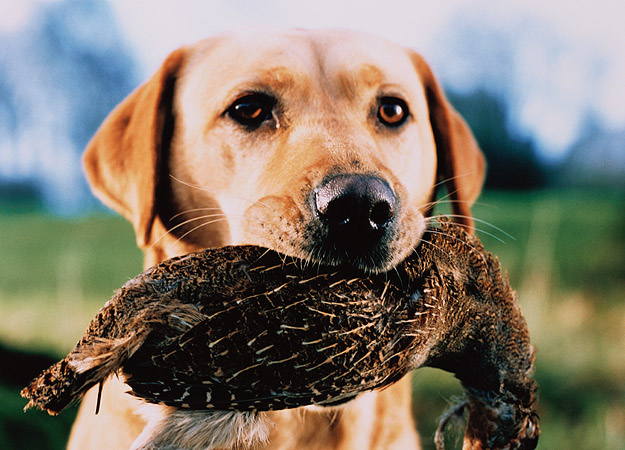 This weekends article is about drama, jealousy and dogs.

Let’s start with a short story. I had a girlfriend called Beaker who I’ve mentioned in a few articles. She was quite a simple minded girl (she honestly believed that chickens have three legs) and didn’t like to think about things so much – very similar to a child who just enjoys drawing pictures, eating, and playing without having to consider the consequences (except, unfortunately, she was terrible at drawing). Like a child, she would mainly just react to things instead of analyzing her emotions or feelings in any depth.

One day I was sitting on my couch playing video games, with Beaker next to me. When she got up to get a drink of water my dog very quickly replaced her by sitting in her spot. When Beaker returned she, of course, tried to push my dog away as she wanted to sit there again, but the dog resisted this as it wanted to sit next to me, as well.

For fun, I told her no, that because my dog was sitting there she must sit elsewhere – it was now the dogs spot. She immediately became very jealous of the dog, but I took this a step further by verbally encouraging the dog and saying how it was the most important thing, more important than Beaker who would never be allowed to shove the dog off my lap.

It seems ridiculous that anyone could be jealous of a dog… but it’s possible, especially if the girl is insecure. All girls have a certain amount of insecurity and your actions as her boyfriend can have a large affect on her insecurities and self-confidence or self-esteem.

Now this article admittedly has had a weird start. We are not going to spend the whole time talking about dogs but we will use it as an example for how to do or not do things in a relationship. At the end, I’ll even throw in a video which explains how to ‘encourage’ someone to feel more secure about themselves and to get them to do what you want.

Your girl is insecure, sorry. That’s how things are: girls are actually very insecure people, especially about their bodies.

Asian girls IMO are excellent at seeming quite secure about themselves as they are usually dressed well, get lots of positive social feedback (guys hitting on them, constantly reassuring them of their beauty), and just generally do a good job of being ‘hot girls’ (We all love Asian girls right? – if you don’t then please Google fat white chicks and then Google ‘hot Japanese girls’ and then come back).

Now, the problem in Asia is that most girls are only really appreciated for their bodies or good looks, not for their personalities. There are various reasons for this which I won’t go into much depth about but briefly:

Asian cultures mainly value beauty, resource value (money) and social status, so, as a beautiful girl whose main goal is to secure a good, stable, well-off husband, being able to do make up well and observe social cues is much more important (as this provides obvious ‘face’ for the husband) than rock climbing or kung fu or any other standard hobbies people have these days.

How to Make Her Feel Secure

Use a mixture of compliments about her body, and things you like about her personality, that make her ‘better’ than other girls. A lot of Asian girls don’t like being compared to your ex-girlfriend but they certainly do enjoy being ‘better’ than her.

This sentence is good because it addresses a common insecurity Asian girls have when dating a Western: Small boobs. Asian girls seem to think that all Western girls have massive boobs compared to Asians, so can feel insecure about it, if you are really satisfied with her body or not.

Example: “I really like that you message me quite often because it makes me feel secure/that you really love me/that you’re thinking about me. My ex-girlfriend didn’t message me very much and that’s something I didn’t like about her, so you doing that makes me really happy! I feel like I can trust you!”

Saying this will make her message you more, as you’re encouraging and rewarding the sort of behavior you want. Now imagine that you changed ‘message me quite often’ into ‘I really like how you give me blow jobs, it feels sooooo good, I am happy you can make me feel so good because it makes me enjoy sex with you more which makes me feel closer to you’. All Asian girls want to be ‘closer’ to their bf’s, siamese twins kinda close, so it’s a good thing to say.

The point here, other than just ‘complimenting her’ on her good behavior, is to make her WANT to do the behaviors I’m rewarding her for, so she will keep doing them and feel more secure about our relationship as she knows exactly what to do to make me happy.

This is a very important part of relationships and if you are motivated enough to watch this dog video, you will understand what I’m saying on a deeper level.

If you can clearly lay out the steps your girl must take to make you happy, get her to do them, and reward her for it (or him if there are any ladies reading this), the easier your relationship will go. Note: Keep in mind that when rewarding someone you want to do it both verbally and physically, use your imagination. *hugs*

One side of the coin, done. Here’s the other side…

How to Make Her Feel Insecure

This is easy, much easier than making her feel secure. Just mention any good quality about your ex-girlfriend. Done.

Any comments about the girls physical appearance usually will effect her ego in a negative way, anything about her being ‘fat’ or you making fun of a particular part of her body is going to have a negative effect…..

Let’s say you want your girlfriend to lose weight. Your options are: “Lose weight! You’re fat and it’s gross,” or “Baby I think you’ve lost weight, you look so sexy.” Which one do you think is going to encourage further positive action?

I make sure to try not to make my girl feel ‘unsexy’ at anytime, as I want her to be a SEX ADDICT as much as possible. Any comments about her tits being small or her ass being flat or her making funny sounds like chubaka in bed are all going to destroy her ‘feelin’ sexy’ factor.

I recently, by accident, made my girl feel very insecure… She was sleeping and snoring (yes Asian girls snore!!!) and that was keeping me awake, so I went out of the room. Eventually she asked why I hadn’t gone to sleep, I explained that I couldn’t due to her snoring… she spent an hour denying it, and since then as been totally paranoid, actually asking me over and over if she’s been snoring again. I tried to reverse the damage by telling her that she’d only been snoring because she’d been super exhausted… but so far she’s still in Paranoialand.

I’m gonna throw you a little ‘mindset,’ or we could even go as crazy as ‘frame,’ for those NLPers out there, to lend you a little more understanding: You are her father. No, not in a weird creepy way. Think of yourself as a father figure who is approving of his daughter. You always see daughters enamored with their father and just wanting to make him happy. The thought of ‘daddy is going to kick my ass to the curb like a homeless mongol child and find a new daughter’ doesn’t even cross a daughter’s mind. Weirdness aside, this is a reasonably good way to picture what I mean.

Alllllrrrrrriiiiighhhhhhttttttyyyyyyyyy It’s time for me to go as I’m sure i’m gonna have my balls broken about this article being so long. Whatever you do, if you’re in a relationship right now with an Asian girl you actually want to keep, remember the advice I gave you here. And, don’t forget to pick up a copy of our free guide to dating Sexy Flight Attendants. Look for the link bellow.