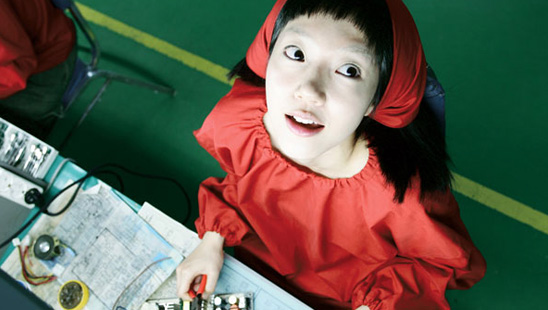 A lot of guys just assume that the relationship will take care of itself. They get a girl, things go well, they get comfortable, and then start to form habits of interaction. At that point things can fall apart.

The Consequences of Emotional Famine

Keeping a woman emotionally engaged in a relationship, or in any romantic interaction for that matter, is extremely important. A friend of mine left his wife alone in Europe to work in the USA on a short term project meant to boost their income level and leave him with fantastic job opportunities afterwards. He packed up his stuff one summer day, kissed his wife goodbye, then hopped a plane to the American East Coast. He buckled down to work, made sure to call his wife most nights, but otherwise totally focused on the job he came to do. 6 months later, job all wrapped up, he packed his stuff, grabbed his airline ticket, then set out for Europe once again. When he arrived, though, things between him and his wife were different. They didn’t seem to click anymore. There was a gulf between them, one that had replaced a deep connection forged over years of time together. He felt like a stranger in her house. He had thought that their relationship was strong enough to survive anything the world could throw at it. He was wrong.

Excite Her or Die

Actually, it may even be more critical on a date, since long term relationships have a certain amount of inertia to them. Your date, on the other hand, is still trying to figure you out. She’s still trying to see if you’re the exciting guy she’s been waiting for, or if you’re just another nice guy who’ll bore her to death every time you meet. If you’re able to give her a range of intense emotions during your first couple of meetings, however, then she’s very likely to associate you with someone who can give her that powerful emotional experience she’s been craving.

If you’re in a long term relationship it might be a lot easier to see your girl again, but the consequences of losing her are much bigger. My friend found that out this past fall. Women in long term relationships need emotional stimulation, just like girls who are just dating. Guys tend to ignore this fact after a while. They start sporting jogging suits, and whipping out the video-game controllers when their woman is over. You can imagine how their girl feels at the sight of that… And, if a guy makes a habit of this, you can bet his woman will seek that emotional excitement elsewhere – perhaps in a new guy.

Don’t be fooled into thinking this means you always have to give her positive emotions, either. The best way to think about this is to picture the set of emotions you give her as the range and intensity of emotions that a movie provides. Every highly acclaimed movie takes the viewer through peaks and valleys of emotional experience – movies don’t just provide intense positive emotions. It’s those ups and downs that draw us into the movie, and make it likely that we’ll rent it again. Can you imagine how boring a movie would get if it only tried to feed you positive emotions all the time?

Negative emotions don’t just provide the ups and downs that girls find engaging, they can also work wonders when it comes to building strong desire for you. Negative emotions such as sadness can cause a woman to realize just how much she likes you, while before, without that threat of loss, she might have gone on her way blissfully unaware. Ultimately, jealousy has the same effect, and embarrassment can totally draw her into how emotionally exciting you are. Just make sure not too overdo it… no need to scream at her in public. I embarrass my girl by trying to dance with her in public whenever we hear something we could dance to, and other negative emotions take care of themselves when I slip up and fail to anticipate her needs. To stay on the safe side, make sure the negative emotions you’re giving her aren’t too potent, and always consult your conscience before acting.

My friend in Europe is facing a difficult adjustment but, after some time with him on the phone, at least now he has the right framework from which to work. For the rest of you, avoid having to deal with that same problem and ask yourself just what type of emotional experience you’re giving your girl.