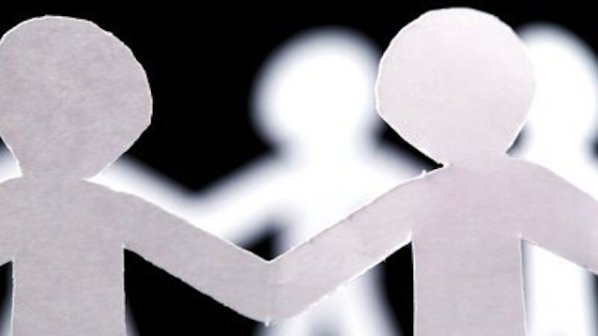 In a book called Opening Up, Tristan Taoramino goes into detail about all of the different types of relationship setups stretching from 1-on-1 monogamy to household arrangements of multiple women and men with children. There are definitely a wide variety of situations that you can find yourself in. For our purposes, let’s dive into two basic relationship types: the standard monogamous model, and the “open” model.

Standard monogamy is the Disney model of relationships—it’s the one you’ve been taking for granted ever since you were old enough to realize that your mom and dad were in a special type of relationship that involved sleeping in the same bed, and sometimes flushing the toilet for one another. This is the standard one woman, one man, no sexual contact with anybody else, type. Usually, kissing or cuddling, or even going out with an attractive member of the opposite sex, is off limits and certainly grounds for suspicion.

In the “open” model, on the other hand, both people are free to various degrees.  Some men like to arrange their relationship so their girl is not allowed to see other guys, but they themselves have the freedom to see other women. While this sounds unfair, there actually are various evolutionary psychology arguments for why men should monopolize womb access. I’ll discuss this in future articles, so keep your pants on. As a general rule, I think that it’s better to leave the relationship “open” or “undefined” for both the man and the woman, rather than allow one party to go off and… well… party.

Most people see an exclusive, monogamous, relationship as an ideal, and strive for it. If you’re like most people, you probably think that this type of situation is perfect for building a strong, loving relationship. Nothing could be further from the truth. The reality is that most people really haven’t taken the time to examine the assumptions they have about relationships, and have just opted for the off-the-shelf, socially approved, variety instead. Nobody ever really considers if this type of relationship would make them the happiest.

But Have You Thought About…

Let’s talk about some of the realities of relationships that people just don’t think about:

What makes me most uncomfortable about traditional relationships is their rigidity, much more than anything else.  I feel especially uncomfortable when people characterize any violation of the monogamous agreement as dis-respectful, rude, or inconsiderate, when maybe it’s more about dis-satisfaction and sex-drive.

What’s really fascinating to me about sexual restrictions within monogamous relationships is that a woman will tell her man that sex “isn’t that important” whenever she doesn’t feel like having it with her partner, but it will suddenly become EXTREMELY important when she finds out that he’s having sex with someone else. 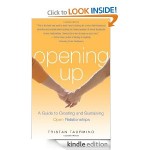 pressured to end a relationship with a perfectly good man simply because that one transgression makes her look bad. Even though she might not have even cared about the transgression, divorce becomes the natural way to save face. In other situations, men have been forced to end perfectly good relationships with women they truly love simply because they want to actually have sex for a change. Because of the inflexibility, both partners are faced with a handful of unpleasant options no matter how committed they are to family and continuing being with the other person.

What Happens When Sex Just Kinda…. Dries Up?

Ultimately, couples could chose to:

Option 2 runs the risk of getting caught and triggering option A with even more hurt feelings involved and option 3 often leads to option A as well.

This is why the “open” or “undefined” relationships is far superior to the traditional relationship.  It’s more flexible and therefore durable over the long term.

Being Monogamous is Actually Great

I can’t speak for you, but it doesn’t turn me on that a girl really wants to sleep with another guy but she doesn’t because we have a “rule”.  What turns me on, is her not wanting to sleep with anyone else at all.

People resist being controlled, so restricting her sexual behavior will often just cause her to see sex with another person as a forbidden fruit, and look for an excuse (or opportunity) to sink her teeth into it.  This is how so many people end up leaving one relationship with their foot already well into the next.

Do open, or undefined, relationships have their own perils?  Of course, they do.  Insecurity is a major one, for both people, and this is why many people seek the safety of an exclusive monogamous relationship.  Of course, insecurity has benefits as well, but that’s not for this post. I’ll cover both the pitfalls and the glories in a future article, so make sure you stay tuned to Asia Dating Experts for more. While you’re at it, sign up for our free report on how you can date sexy Asian flight attendants. Look for the link below this post.

Tristan’s book is fascinating, and well worth picking up. Make sure to check it out here.